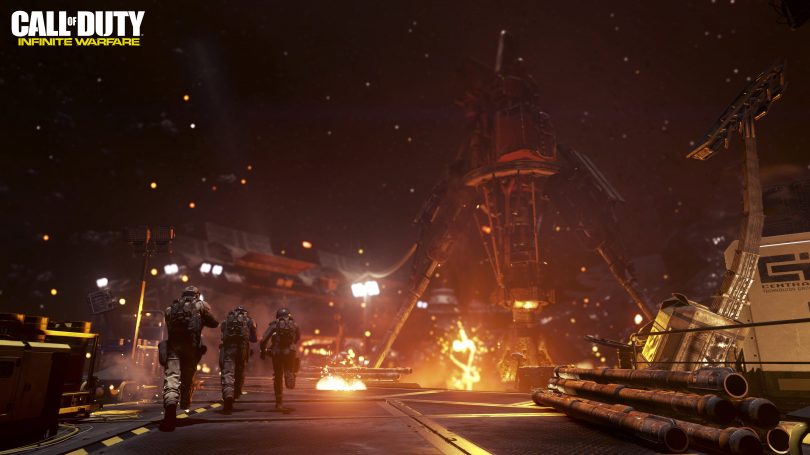 Call of Duty goes to space and brings a decent military shooter along.

It’s blatantly obvious that Call of Duty as a series is pulling in mechanics from other FPSs to stay up to date, and Infinite Warfare is no exception, with its double jumping, wall-running and war-robots lifted straight out of Titanfall. However, it’s most lacking development for its antagonists – there’s little explanation as to why they’re ‘bad’ and it feels like there was a good story here which got left on the floor. Despite that, it’s a technically competent shooter with some interesting space combat added on.