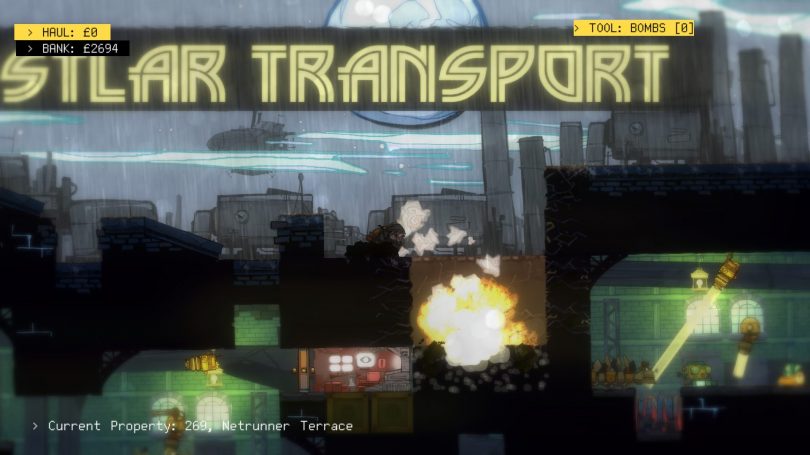 A delightfully old school stealth platform in the style of the 8-bit classics.

With the now almost mandatory rogue-like elements, flash-style animation, and constant progression, The Swindle initially feels like almost every other indie game on the market, but play it for a while and its charms rub off on you. The premise is somewhat simple – break into death-trap laden (randomly generated, of course) buildings, grab the money and get out alive. But when things go wrong (and they will, because you got greedy or careless) there’s a great sense of panic as you attempt to escape.